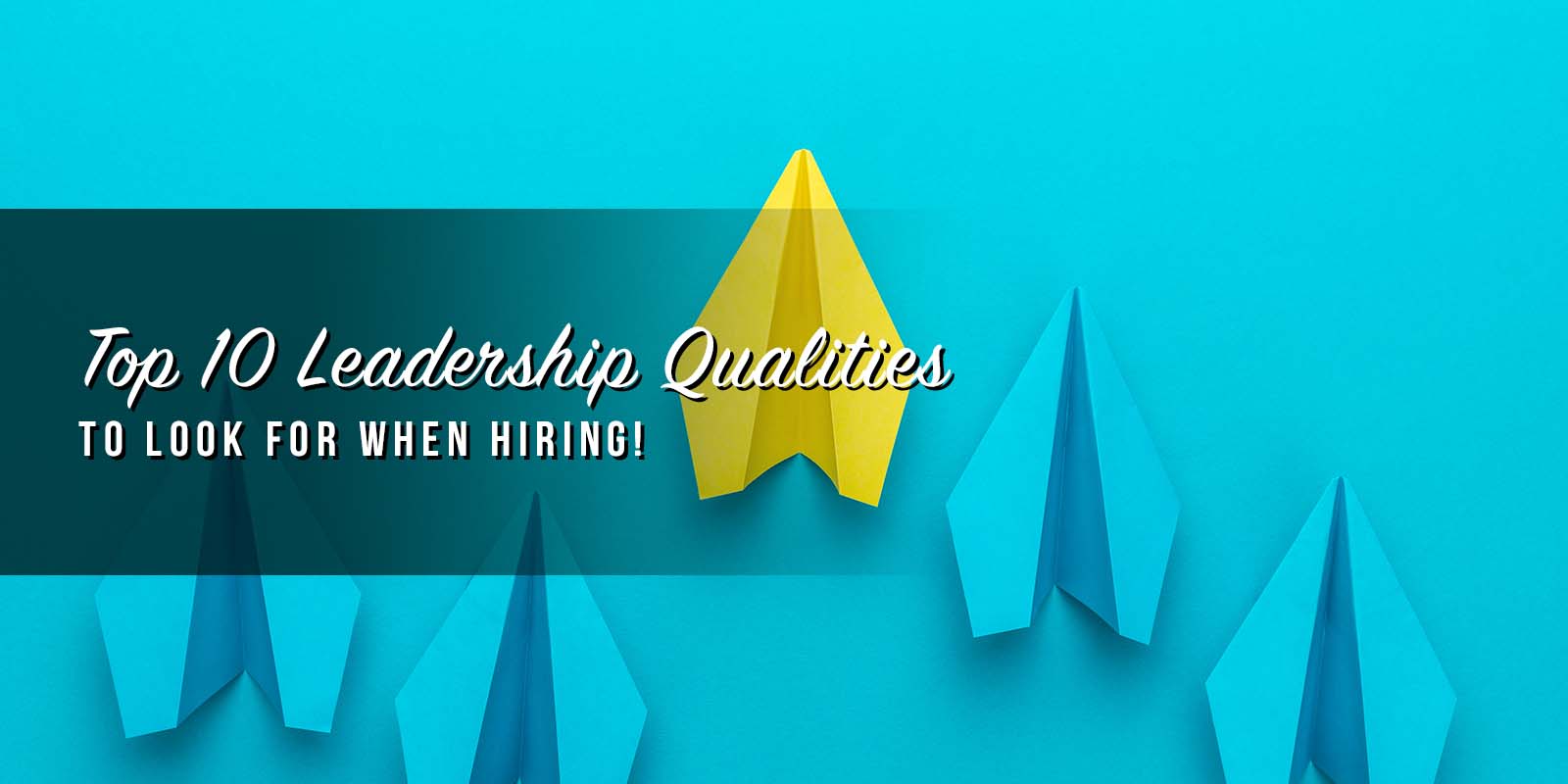 If you type “leadership qualities” into Google, you’ll find a slew of articles arguing that practically every leadership quality is the “most important.” We’re not here to argue that creativity or communication is the be-all and end-all of leadership traits. Rather, we’ve put together a list of the top ten qualities of leaders that are important and illustrate the impact they can have on both employees and your business. Each one of them will help you on your journey as a leader. But knowing which qualities exemplify great leadership is only part of the picture. You also need to know which qualities constitute red flags. Since this is just as important, we finish with five qualities you should try to avoid when hiring.

A leader with integrity is a leader who values consistency in all their decisions. It means doing the right thing regardless of the circumstances. Teams count on leaders to have integrity. It not only assures them that they are making the right decision but also provides them with a stable direction as a team. Leaders without integrity are unpredictable in the worst way. Ultimately, their teams can’t be sure they can count on them.

According to a study performed by Cornell’s School of Industrial and Labor Relations and Green Peak Partners, leadership training courses often downplay the importance of self-awareness. Yet, high self-awareness scores are as strong predictors of overall success as a business.Leaders who are aware of their weaknesses are not only able to address them. They’re also able to hire and work with people those who make up for their deficits, which strengthens the overall team. Self-awareness also allows leaders to realize that the best idea may not be their own but someone else’s. Such awareness allows the team to move forward on the best path rather than the leader’s path alone.

Empathy is often said to be related to weakness. Yet, leaders who lack empathy are those who end up wreaking havoc on their team. It’s not hard to think of a time when a leader who cared little for the lived experiences of others didn’t have to be toppled. Empathetic leaders are more courageous than their counterparts because they promote well-being across their team while simultaneously driving forward to achieve positive results.

Insightful leaders avoid several of the greatest pitfalls a leader can face. They don’t advocate strictly for their own ideas. Instead, they keep an open mind to better ideas.  What is more, they don’t let their past get them down. Insightfulness also allows a leader to learn from past failures to forge a new and better path forward.

Generosity is a key and undervalued characteristic of a leader. Being generous doesn’t only mean being generous with money. It also means being generous with time, intent, and information.Being generous makes a leader more supportive. Moreover, it inspires their team and other leaders to also give what they have to the team. Without a generous leader, you may end up with a team where everyone is out for themselves. It’s almost impossible to reach a goal on time and on a budget if the whole team is only worried about themselves.

Being focused is not only part of the job description. Directing attention is a key part of leadership as well. When we mean focus, we don’t mean being focused solely on a task at hand. It also means focusing on others, the wider world, and ultimately focusing on yourself. Focus in the leadership sense is as much about task-driving as it is self-awareness.

Being innovative is a multifaceted characteristic. It requires having a strong focus, as just mentioned, building trust, and having excellent vision. These characteristics and abilities together allow a leader to be innovative in thought and deed. Most of all, they all allow for leadership that inspires innovation across the team.

Persistence is complemented by insightfulness because it also allows leaders to push forward even after failure. This trait is often associated with never giving up. But it doesn’t necessarily correlate with it. It’s also about knowing when to give up on one strategy and pivot to a new strategy. Persisting is a mode of overcoming that is essential whenever you run into a problem.

The importance of positivity as a leadership value cannot be understated. Positivity is the foundation upon which leadership is built. Without the power of positivity, it’s hard to understand why you should be generous, insightful, empathetic or self-aware. Positivity also means being authentic and realistic. Putting on a brave face is a part of positivity. But it also means avoiding the negative talk that drags a team and a project down before it’s ready to sink.

Communication is the key to leadership success. It’s also one of the six basic functions of management. Few other traits have any meaning if a leader cannot communicate well. By ‘well,’ we mean clear, effective, planned communication. Communicating is an art and a science. Good leaders will dedicate their lives to mastering it.