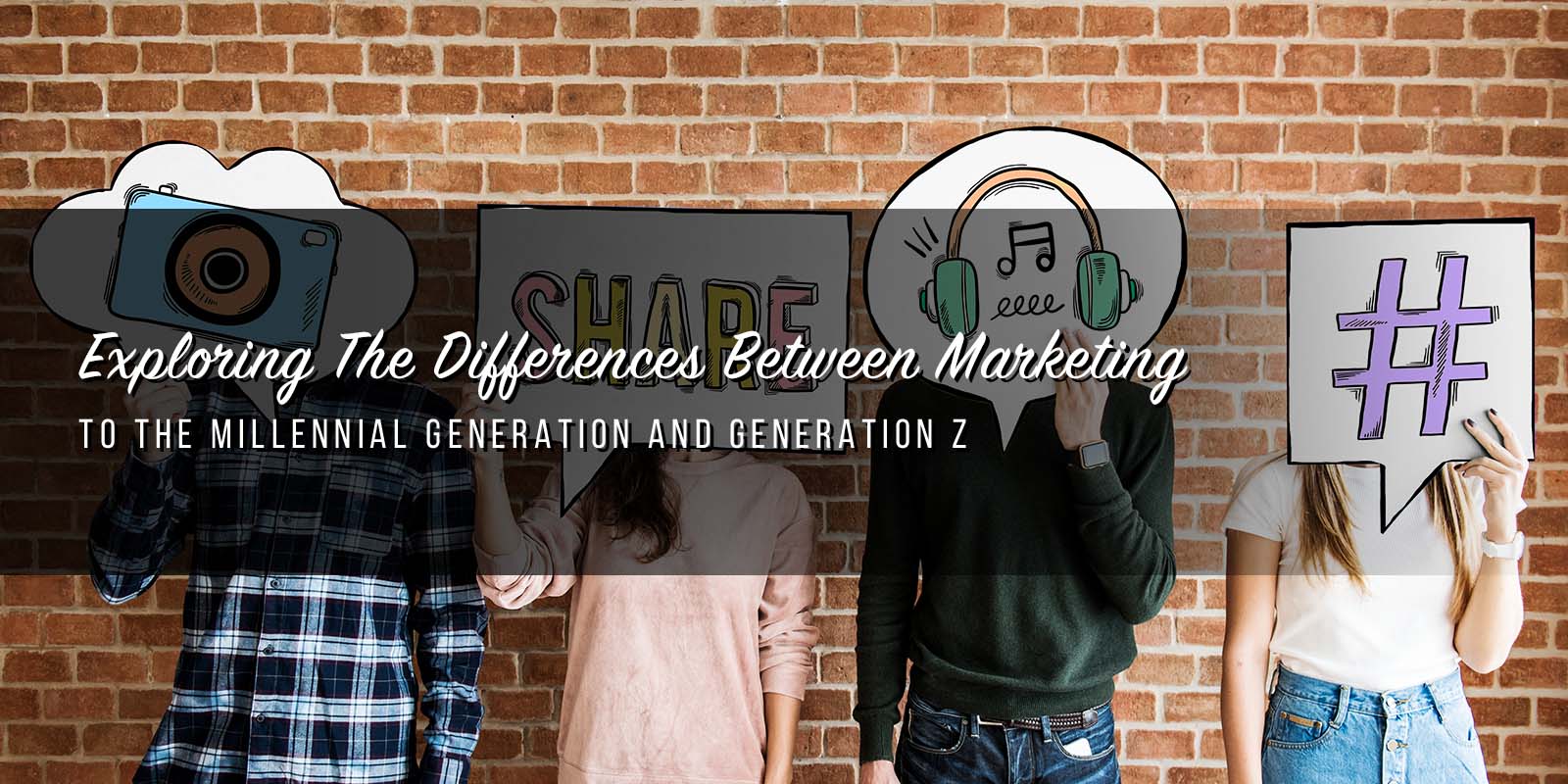 The art of marketing is an ever-changing beast – there is never a one size fits all approach. This is mostly because the marketing strategy that you employ for your business will be almost entirely dependent on your target market. For companies targeting young people, there are two separate and distinct groups that you will need to market to – Millennials and Generation Z. Though these groups may seem similar at first glance, there are some differences that you will need to consider when trying to market to them.

Both Gen Z and Millennials tend to be digitally savvy, so both groups are usually very active on social media. However, their use of social media differs when it comes to interacting with influencers. Generation Z loves to view and interact with influencers on platforms like Tiktok, YouTube, and Instagram. They tend to see these social media stars as more relatable than the more traditional celebrities. As such, they are much more likely to be influenced into purchasing an item recommended to them by their favorite social media influencer.

On the other hand, Millennials statistically tend to be more neutral on the traditional celebrity vs. social media celebrity debate. This may be due in part to the fact that most Millennials were brought up in a world that was still dominated by mass media such as television and newspapers – even though they have since adapted to the digital world. Because of this, campaigns targeting Millennials predominantly should target both traditional and social media outlets.

Though both Millennials and Generation Z spend large portions of their day online, there is a stark contrast when it comes to their online shopping tendencies. Research shows that as many as 80% of Millennials make at least one online purchase each month. As such, if you are operating a business that has an e-commerce arm, Millennials are an excellent target segment.

However, when it comes to Generation Z, less than 50% make online purchases in a given month. This is likely due to the fact that many are still teenagers and do not have access to a credit card with which to make these purchases. As Generation Z grows up, this trend is likely to change, but for now, businesses that see online sales as a core revenue point should probably be focusing on Millennials, with a much smaller target ratio dependent on Generation Z.

It is well known that Millennials spend a substantial portion of their day on their phones, tablets, or other electronic devices. As such, any efforts at grabbing their attention must be done in a catchy and obvious way. Ads must be less fluff and attract the viewer’s attention immediately if they wish to have any chance at success.

Both generational segments though, relate more so to a candid, raw storytelling approach in context to advertising or influencer ship as opposed to conventional direct selling narrative.

Markets and demographics are ever-changing, just like the people in them. In order to ensure that your company is marketing in an effective way, it is important to remain agile and adaptable at all times. With both Generation Y (Millennials) and Generation Z, both prefer being “part” of a brand’s campaign or journey as opposed to being sold to or educated on.

Gamification, Storytelling, and Video are three elements that seem to dominate the landscape today, which is why organizations today, albeit big or small should spend a lot more of their time and resources into hiring brand storytellers, community managers, content creators, and visual artists.

As Gary Vaynerchuk says “Every company is a media company, they just don’t know it yet”